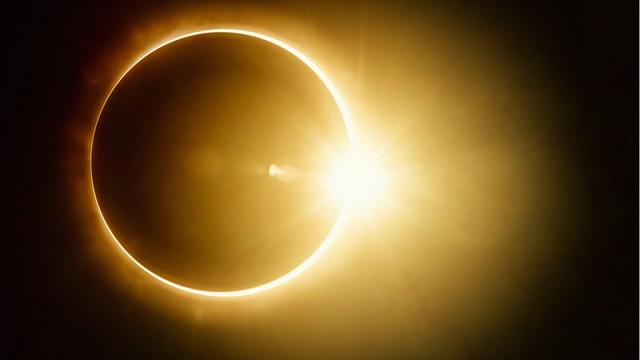 A solar eclipse was observed on 26th December 2019, around the globe, the Indian time for the solar eclipse was from around 8.30 to 9.30, in many parts of India there was a great involvement in the people especially in the students.There was the curiosity in the student’s mind.The adults were a bit worried because of the superstitious about the solar eclipse. In many parts of India there were awareness programs and Elimination of Superstition programs conducted by the schools, colleges and NGOs.
While the humans were busy in there stuff , There was a very different story in the case of animals and Birds.
For many years it was believed that, when the solar eclipse happens something bad or unusual is gonna happen. Even in some dairies from the history it is written that the animals got terrified and the birds were still, it is not totally correct.
According to the latest research it has concluded that there was no unusual behavior observed in the ecosystem. Dairy cows return to the barn, crickets begin chirping, the birds were in the bushes and trees quiet.
The morning period, is the time when the bird activity is at it’s peak. In India at the time of solar eclipse there was a total silence in bird activity.
While the animal activity was mostly the same. It was mostly like they were preparing to go to sleep,the same as the animals do at the evening. Some researchers say that , birds may be affected by solar eclipses more than other animals since they are accustomed to return to their hideaways at sunset.
Researchers and bird watchers say during the solar eclipse at its peak, birds flew to their hideaways, returning to their usual business once it ended, as if nothing had ever occurred. The locals, who are familiar with the birds’ usual behavior, told the researchers that during the eclipse, the birds acted as if the sun was setting and the day has come to an end.
-by Mihir Ponkshe
To read more from Mihir, click here Australia is Burning
Share